Welcome and thank you for visiting

Allow me to share a little about me and my journey.
I have thoroughly enjoyed my career to date and after speaking with many colleagues and friends, I think I am one of the lucky ones - but I'd also like to think it is also because of a positive attitude and mindset, a grateful heart and some hard work.

I've been fortunate to have owned and operated my own consultancy business since 2010.

I have often said to my clients, "it is not worth building a fabulous business if it doesn't serve you, your health and your lifestyle. I've seen too many people burn themselves out, miss out on precious family time or becoming ill. Your business needs to be an asset, not a liability."

Working with hundreds of clients both within Australia and internationally has provided me with many valuable insights into business and best practice.

I love to share these insights with my clients, together with the knowledge and business gems I've gained from working with small to medium businesses for over 30 years.  Its my passion to work alongside them to find the path to financial success and personal fulfillment. 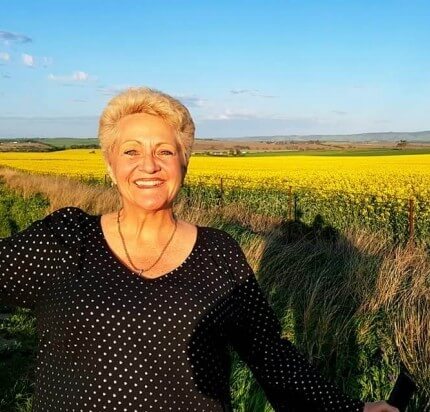 I started my career when flared jeans and bell sleeves were in fashion!

As much as I have enjoyed my career, it doesn't mean life has always been a bed of roses.  I started my career way too long ago to honestly mention - let's just say flared jeans and bell sleeves were in fashion.

After starting out as a Travel Agent, my corporate career progressed fast allowing me to work with amazing companies, in challenging but rewarding positions.

One challenging moment in particular was as the Port Manager of an airline in Cairns, during Australia’s largest and longest airline dispute. When the pilots went on strike, the planes (and passengers) were stranded.  It was a tough time in the tourism industry and taught me a lot about human behaviour – kind and not so kind.   then promoted by the airline to Victorian State Manager based in Melbourne where as a Queenslander at heart, I had to learn how to deal with the cold.

Alas! As so often happens, life throws us a curve ball!

After a stint in the state of Victoria, I returned to Townsville to run the official Regional Tourism Organisation for North Queensland. In 1997, we received a National Tourism Award in recognition of our work.  From here, I was offered the Marketing Manager role for Tourism Queensland (now Tourism Events Queensland) taking on the rebrand of Gold Coast as well as two other Central Queensland destinations.

While I was in the middle of developing television commercials and designing media campaigns, my life as I knew it, came to a sudden halt. Two tonnes of metal reversed into my body - that is a car hit me whilst I was a pedestrian. I was left with a serious back injury which prevented me from working for the next 12 months.

Prolonged chronic pain followed together with a lot of learnings – learning how to overcome immersible pain.  ‘You need to learn to accept the pain’ specialists told me.  I was angry as I thought they were kidding and having me on, but needless to say, in the end, they were right.  The only way out was to actually go through it and eventually I learnt that fighting the pain often only made it worse.

This has become a valuable life lesson. I learnt so much during that time, not only how to overcome or work through physical pain, but how to deal with negative thoughts and black clouds.

I am a great believer that to receive you must also give, in life and in business

For many years, I provided my Business Mentoring services free to a range of organisations including the Queensland Tourism Industry Council (QTIC) Young Mentoring Program and the Queensland Government’s Mentoring for Growth Program.  Since 2013 I have also volunteered with the Australian Red Cross as one of their Psychological First Aid Trainers and also as an Emergency Services Volunteer.

I hold credentials for business coaching, training and facilitation and am a qualified life coach and counsellor.

I thoroughly enjoy the work I do and am here to help those who seek assistance and support with their business and/or their life.

As a people person, I understand there are many differing personality types out there and you need to choose someone whom you feel comfortable with and inspired by.   The next step is to develop a plan of attack based on your individual business and personal needs and together we can work on making you and your business achieve the success you desire.   I’m excited, I hope you are too!

I look forward to chatting soon.